Login | Not a member ? Register 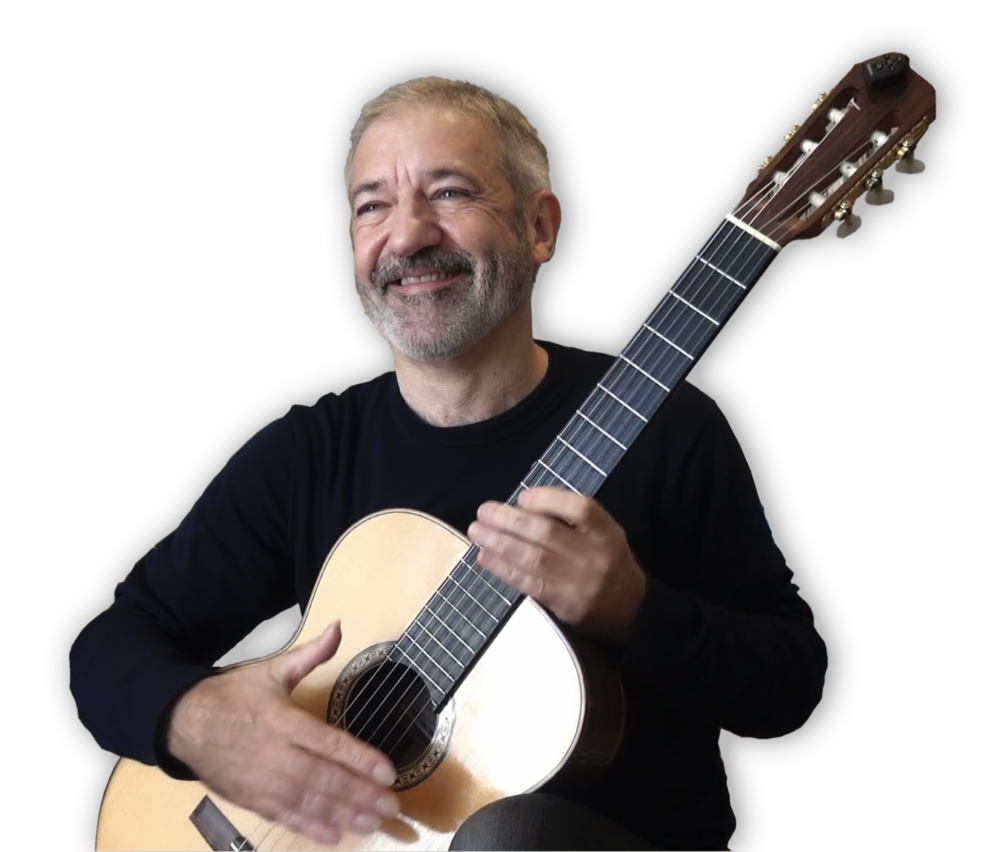 Also known as fmguitar on YouTube, he becomes famous in 2006 with medieval song, one of his very first works for solo guitar. The video becomes viral and reached quickly 2 millions views. It is shared all over the world. 15 years later, fmguitar channel has more than 150 instrumental videos, 30k subscribers and 10 millions views.

Self-taught musician, Frédéric starts the guitar at the age of 14 with Marcel Dadi's songs. Working with the tablatures included in Marcel's albums,  and by ear when need be, early days are tough but very exciting.

The fingerpicking period lasts for few years and then comes the classical one with works from masters such as Fernando Sor, Agustin Barrios or Francisco Tárrega.

Frédéric's taste for composing comes later in the 2000s. It's now his primary activity with the guitar. Crossing various musical genres, Frédéric's style is hard to classify but easy to recognize with strong classical roots.